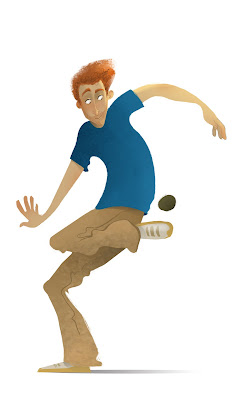 Dave and I joined a small group in Golden Gate Park yesterday for Sketchcrawl #21 and we had such a great time. I'm almost embarrassed to admit it, but it really was the first time in over two years of living in the Bay Area that I have been able to spend any time in the Haight/Golden Gate Park at all. Such an great area! We spent a good amount of time sketching at "Hippie Hill" before meeting all of the other crawlers at the De Young Museum, and boy were there some fantastic characters to be seen there. Alex (hackey-sacking above and below) was one of us, but everyone else was spotted either on Hippie Hill or the immediately surrounding area and hastily scribbled in my sketchbook: 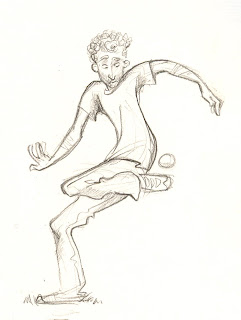 the original sketchbook drawing of Alex 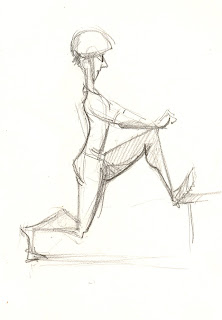 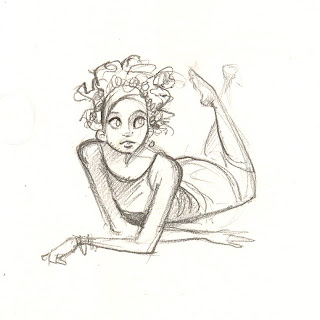 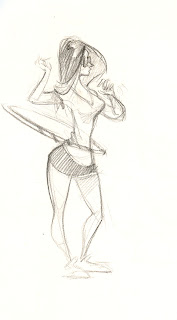 Hula hooping chick who was not pleased when she caught me drawing her. 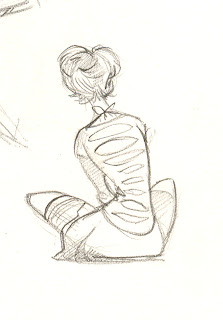 I loooved her cut-out shirt.

Well, I just made it for my first week of "two posts a week", and I'm a bit worn out. Tune sometime in the next seven days for two more exciting posts! Until then, have a great week everybody!
Posted by Brittney Lee at 2:09 AM

I found your blog through IF. I think your art is totally awesome! Will stalk you from now on haha (^_^)

I love your hippie girl... your style is wonderful too!

they're all great sketches, especially the first one with the bean bag - love how loose the pose it, hope you get a chance to do some more

Poops, I'm sorry I missed this crawl! You got some great pieces out of it. And re: Snotty Hula Hoop girl, I'm sorry but when you're in public with a hula hoop and a mini skirt, you can't tell me you're not begging for attention. :P

I am thoroughly convinced in this said post. I am currently searching for ways in which I could enhance my knowledge in this said topic you have posted here