I don't know if this happens to anyone else, but my creative process usually goes something like this:

Step 1: Receive a gallery show deadline
Step 2: Brainstorm ideas
Step 3: Drag feet/hem and haw/ procrastinate on ideas
Step 4: Panic attack one week before deadline
Step 5: Work like crazy to meet deadline
Step 5.5: Come up with the idea that I am most excited about one day before the deadline. 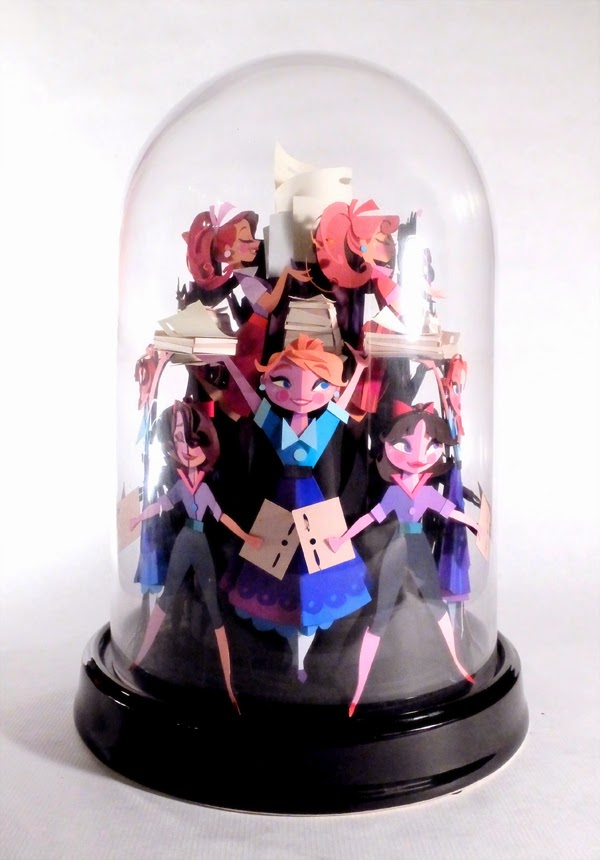 Now, this schedule is a little bit different for every project, but something like it did go down while I was working on the Legendary Beauties show with Lorelay. We had a great time brainstorming ideas together, and I was so happy about how the show turned out. But inspiration struck just a few days before we were supposed to turn in all of our pieces, and there was just no time to execute. 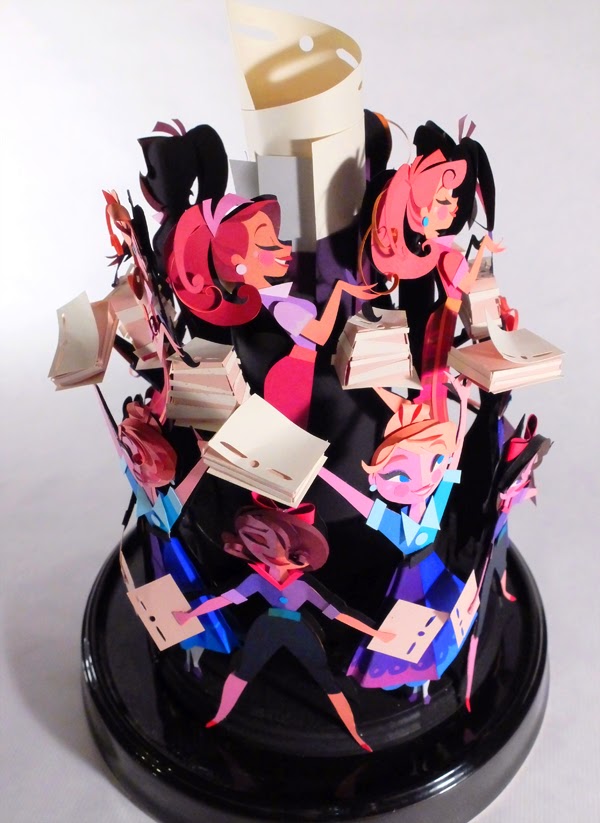 For the Legendary Beauties show, Lorelay and I both wrote down a list of famous female personalities (be it real, mythological, or fictional women) who we wanted to portray. From the very start, I had included "Ink and Paint Girls" on my list of to-dos, but I could never quite land on the execution. And then one day it hit me: They should be animated. Kind of zoetrope style. In the round.

And then we had to turn in the pieces for the show. Oh well.


I couldn't get this idea out of my head though, so thankfully another opportunity to create the piece arose when we did our first ladies group show at the studio. This was the first time I had ever tried building a piece in the round, and it certainly was a challenge. Whereas I usually only have to be mindful of a few different angles on a piece, the Ink and Paint Girls had to be designed for 360° viewing. The final piece doesn't actually spin, but I think the general idea is conveyed. Perhaps working on this piece will pave the way for future animated paper pieces with motors :) Some angles are better than others, and I certainly would alter my process on the next one, but for me the learning and trial and error is a huge part of the fun! I had a blast working on this little experiment, and in the end was really happy with the final result. Some projects are worth the wait! 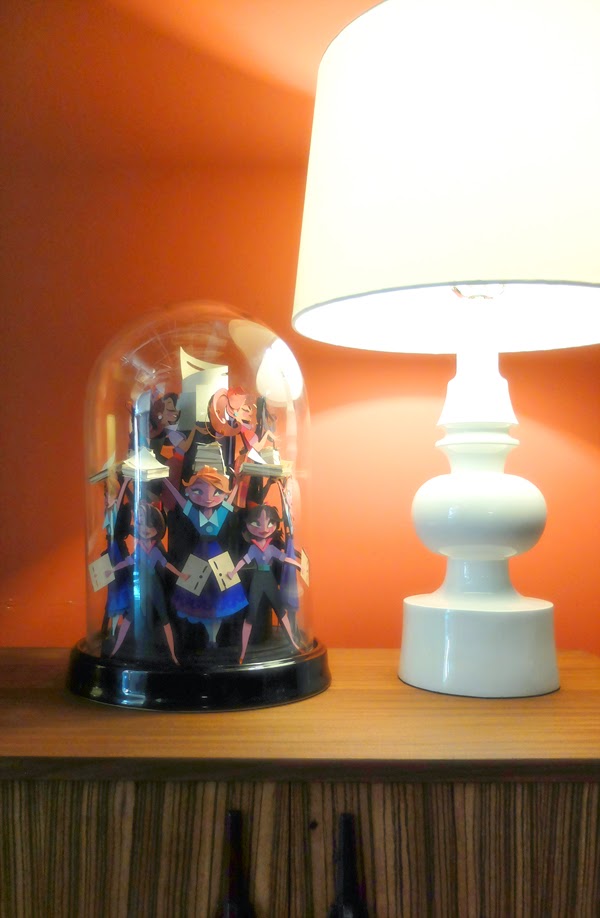 On an unrelated note: Thanks to everyone who came out this weekend to say hello at the Walt Disney Family Museum. I had a wonderful time and came home so very inspired. I hope to write a post about my take on the experience soon, but for now I hope you all have a wonderful week! 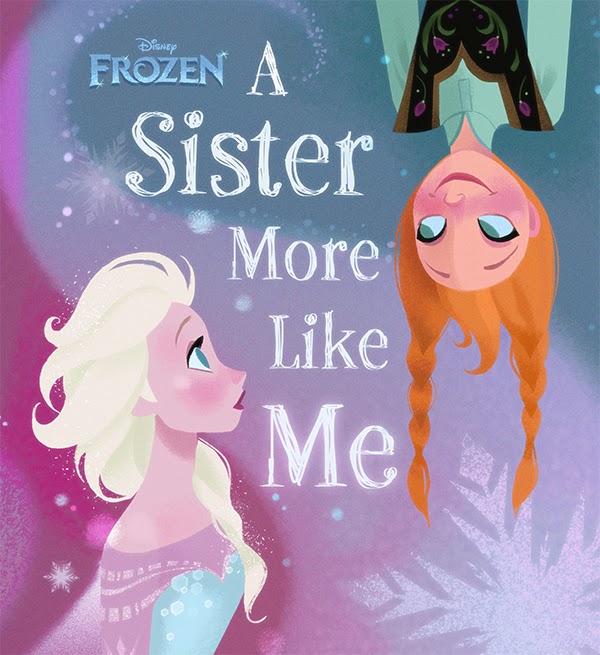 Well, this past week has certainly been one wild ride.

In the last of my posts on the process of working on Frozen, I wanted to talk about sisters. The relationship between Anna and Elsa was what originally compelled me to join the Frozen team, and what was at once an interesting and novel concept quickly turned into a relationship that I was remarkably (almost eerily) familiar with. 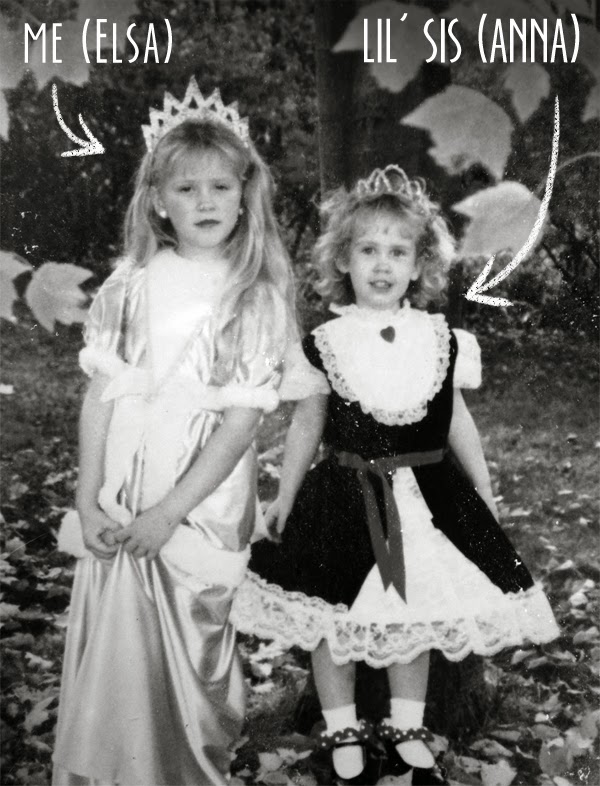 I am an older sister. I am an older, artistic, control freak, and annoyingly perfect-in-every-way sister. I analyze and approach with a calm, level head when possible. My younger, happy-go-lucky sister, Anna (aka Lainey) is compulsive. She would happily strike up conversations with complete strangers at age 5, and has been known to wildly drive golf carts into parked vehicles (also around age 5). She's a hugger, laughs till she cries, and is made of nothing but warmth. 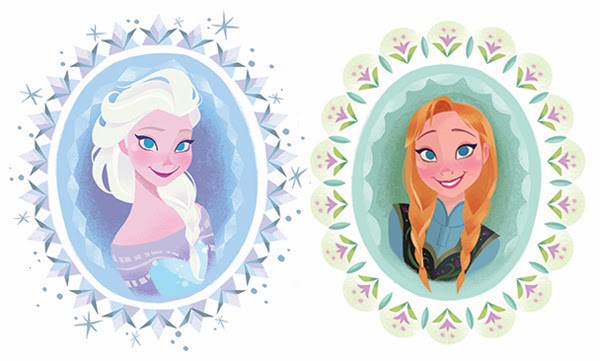 And though we love each other, it has always been difficult for the two of us to see eye to eye. As I watched Frozen begin to take its final shape, I would repeatedly have the wind knocked out of me at the striking similarities between the princesses and the two of us. Sure, I could give notes and feedback, but my input on plot was absolutely minimal. The story naturally moved in that direction, and I just happened to be a part of the team. 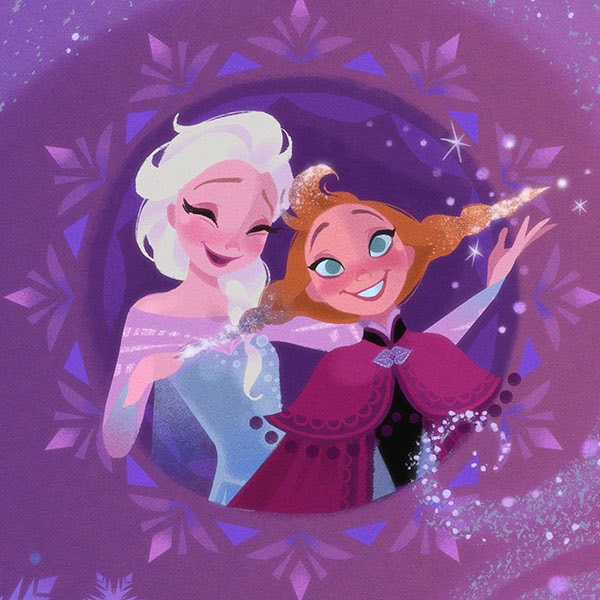 And then I was asked to illustrate A Sister More Like Me for Disney Publishing. I tell you, they sent me the manuscript and I was a weeping mess. My husband read through it in my office and I caught him being a weepy-mess as well. Why? Well, because it was like someone had been spying on my life for the last 20 years and then wrote it down in an adorable little poem. And then subsequently asked me to illustrate it. 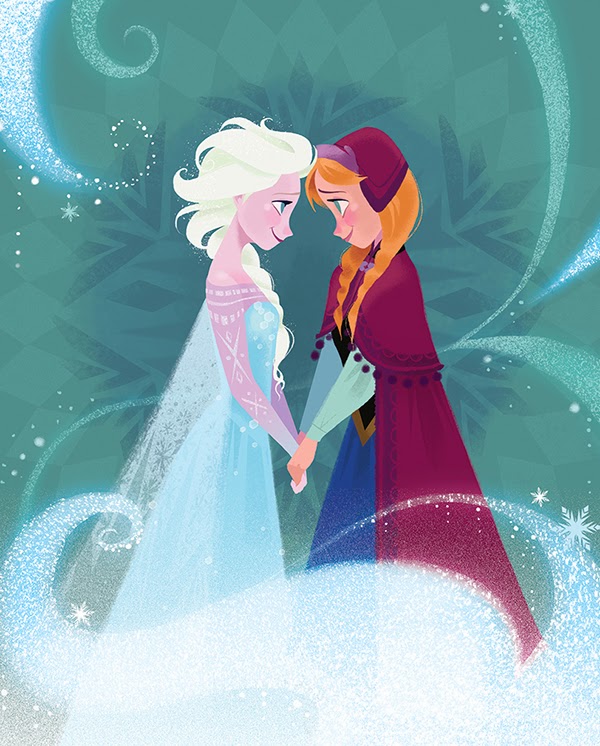 The book is told from each sister's perspective as Elsa and Anna take turns talking about how each wishes her sister was more like her. Not only does it completely relate to their relationship in the film, but (I think) it also relates to every sibling who ever existed. 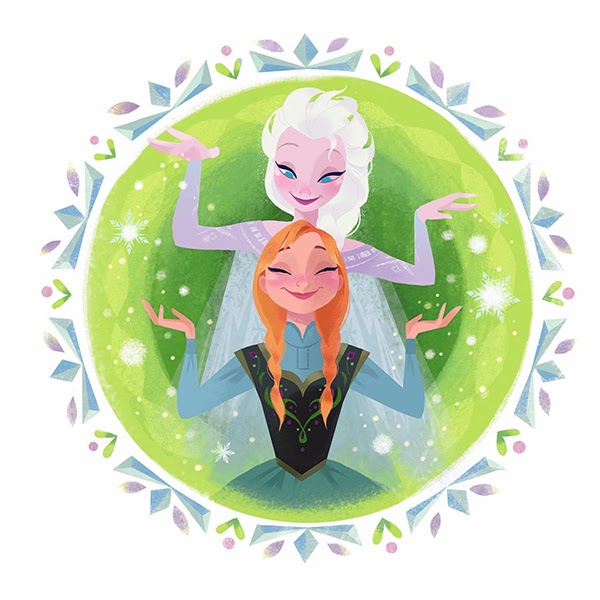 All images are property of Disney Publishing

Because of our compressed schedule, A Sister More Like Me had to be illustrated while I was still designing on Frozen, and though this made it difficult to get everything done, it was all completely worth it. Frozen was the learning experience of a lifetime, and a total joy at that. This little book was the frosting on the ice-cream cake.

As we sat at the studio on Sunday watching the Academy Awards, I realized that this post would be timely for another reason. Looking at the 500+ people around me who were all cheering for the same film, it became clear how much of a family Walt Disney Animation Studios really is.  How family oriented filmmaking in general is. None of us can do it alone, and that is the beauty of the art form. We all work together, and if we are supportive and loving, we can bring out the best in each other. We can create something that is greater than the sum of all of our parts.

Thank you all from the bottom of my heart for following through my ramblings on Frozen. I'm looking forward to sharing new things very soon.
Posted by Brittney Lee at 11:23 PM 160 comments: