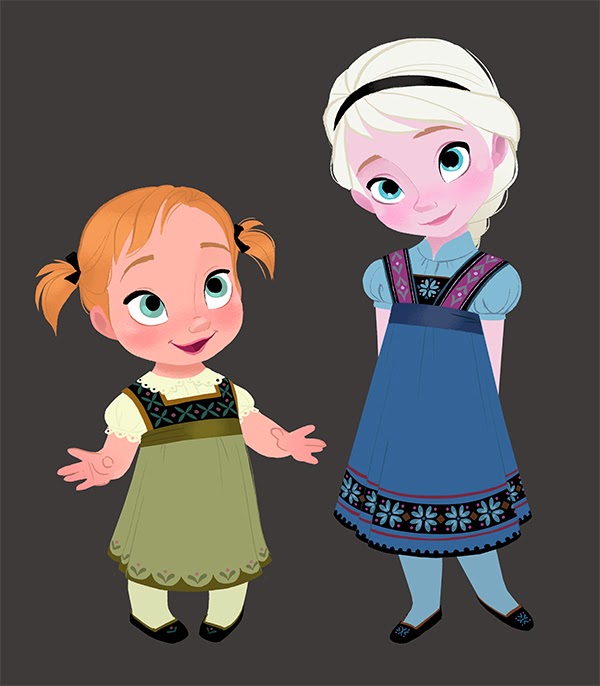 When we think about animated films, and specifically costumes in animated films, we tend to identify characters by 1 or 2 signature costumes. Cinderella had her peasant dress and her magical ball gown. Briar Rose had the same, though her ball gown was constantly shifting from pink to blue (to pink!) Alice has her iconic blue dress, and Peter Pan would not be Peter Pan without his feathered cap and tights!

Well, no such beast was Frozen. While we definitely identified "hero" costumes for our lead characters, the narrative required many, many more costume changes than what is typical for an animated film. Between the sheer number of costumes and the complexity of them (we're talking layers of petticoats, pantaloons, tights, gloves, hats, etc) Frozen is probably the most clothed animated film of all time. 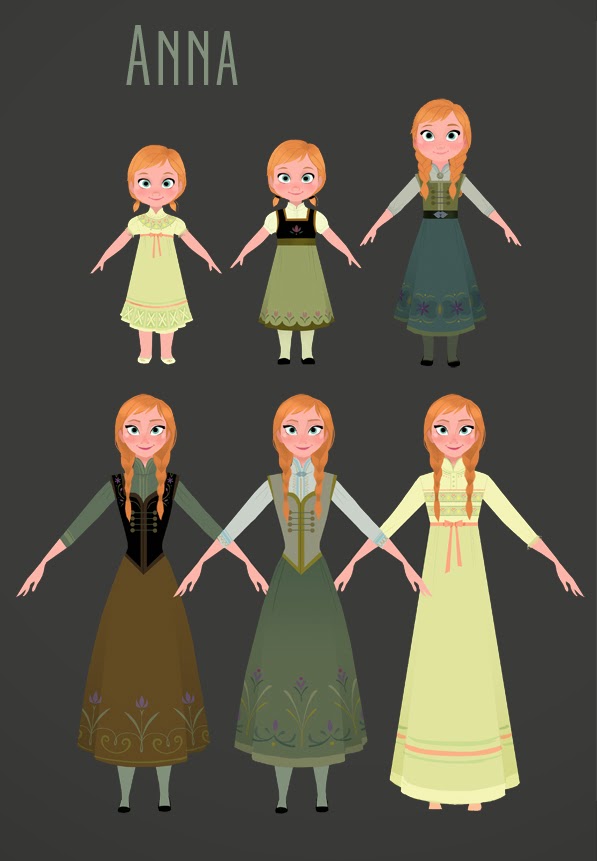 The costumes in this film kind of have a life of their own. Whenever possible, they tell a visual story that supports the narrative. The cut, color and detail work on every piece of clothing is designed the way it is for a reason. Anna begins with a bright yellow palette, and she stays in the warm greens throughout the entire time she is growing up. When you meet her as an adult for the first time, she is back in that yellow - the same tenacious girl you met as a five year old. 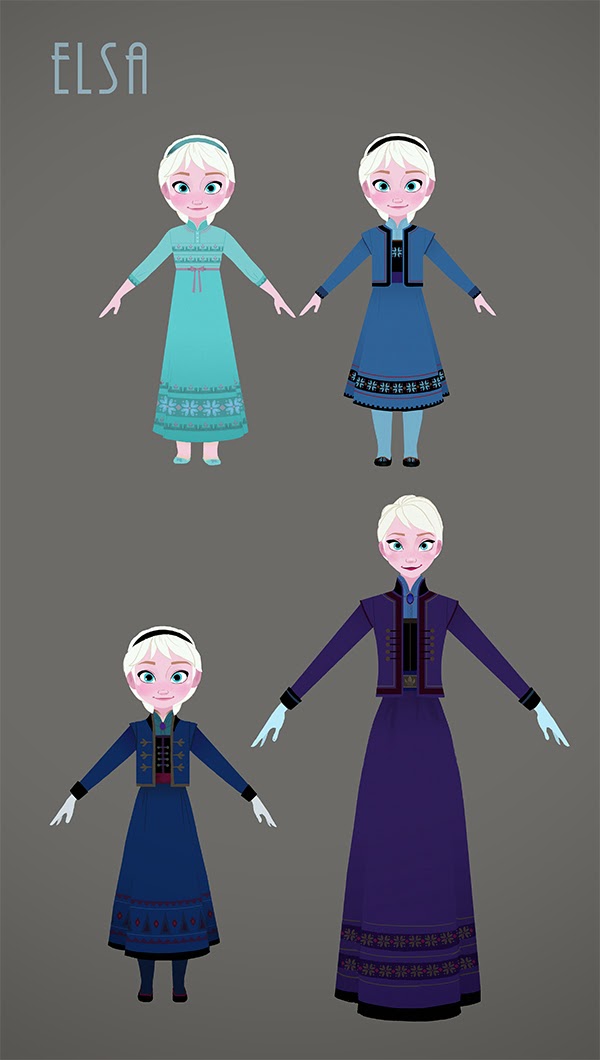 Elsa, on the other hand, changes rather drastically.  You meet her in her pale blue nightgown, and her palette gradually gets deeper and darker as she grows up and closes herself off from the world. Her sleeves get longer and she puts on gloves so that her skin is no longer exposed at all. Even her hairstyles evolve to be more tight and binding. 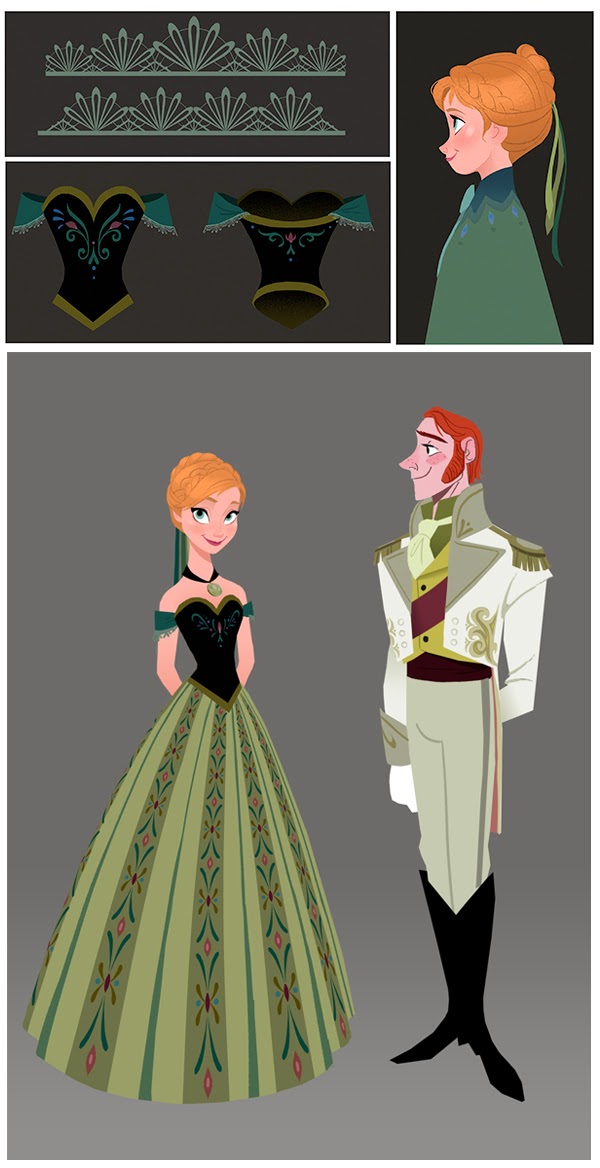 As adults, the girls are still costumed to reinforce their personality. Elsa's coronation gown is regal and restrictive, while Anna's coronation gown has inverted pleats for happy, hopeful twirling. Since the coronation is such a formal event, it seemed only fitting that Anna's hair be in an updo. To keep her playful, though, we added ribbons to her hair so that she could have a lot of great secondary motion. That same idea of added secondary motion on Anna is present in her traveling cape, where we added pompoms to the seams of the heavy wool fabric that (along with her rosemaling) reinforce her playfulness. 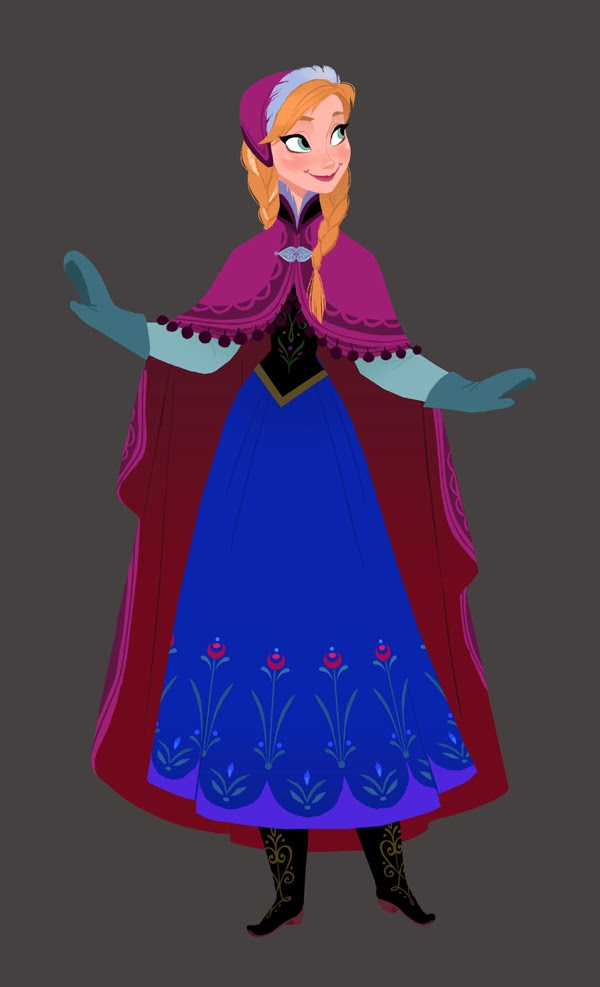 The bulk of my contribution to Frozen was definitely in the costume department. I ran the gamut from working on the sisters, clothing the King and Queen, and dressing the royal guard to refining Oaken's fabulous sweater/suspender combo and figuring out what troll clothing looks like   I tell you, I will never look at a lining the same way again! 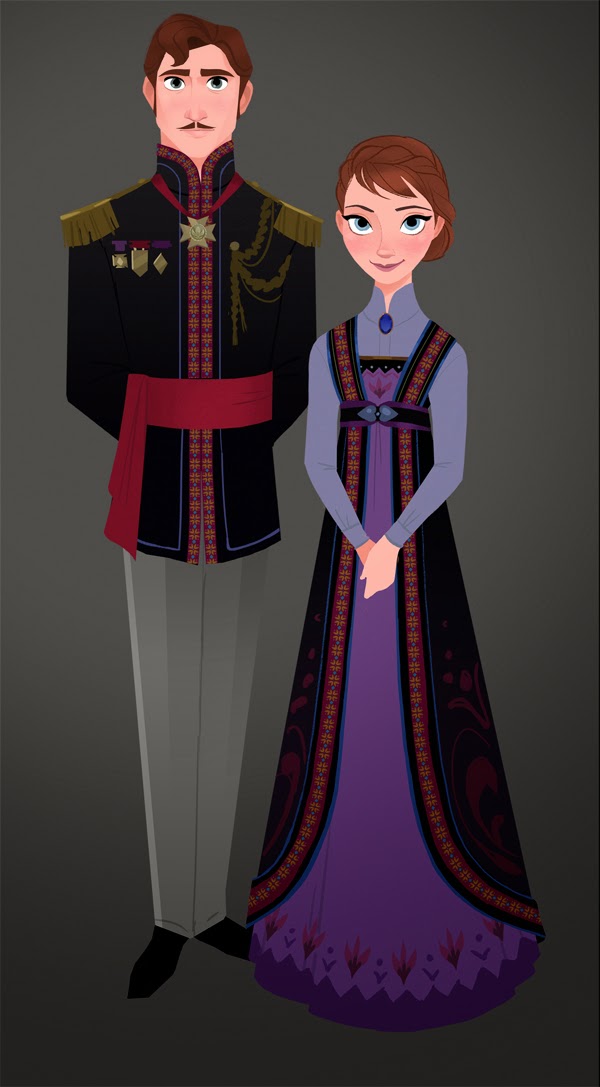 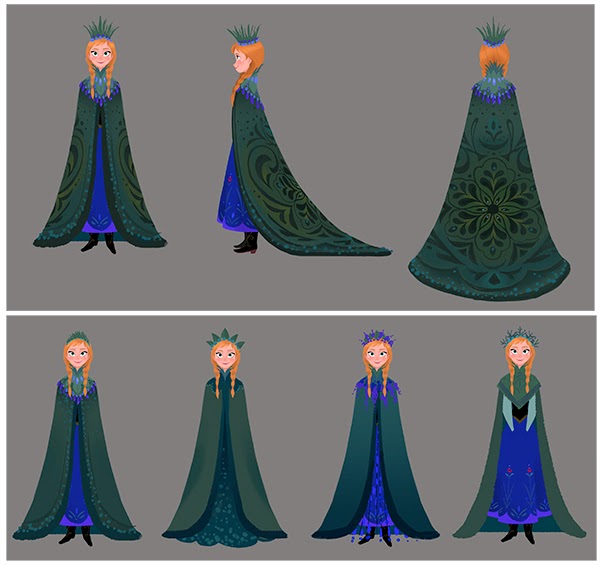 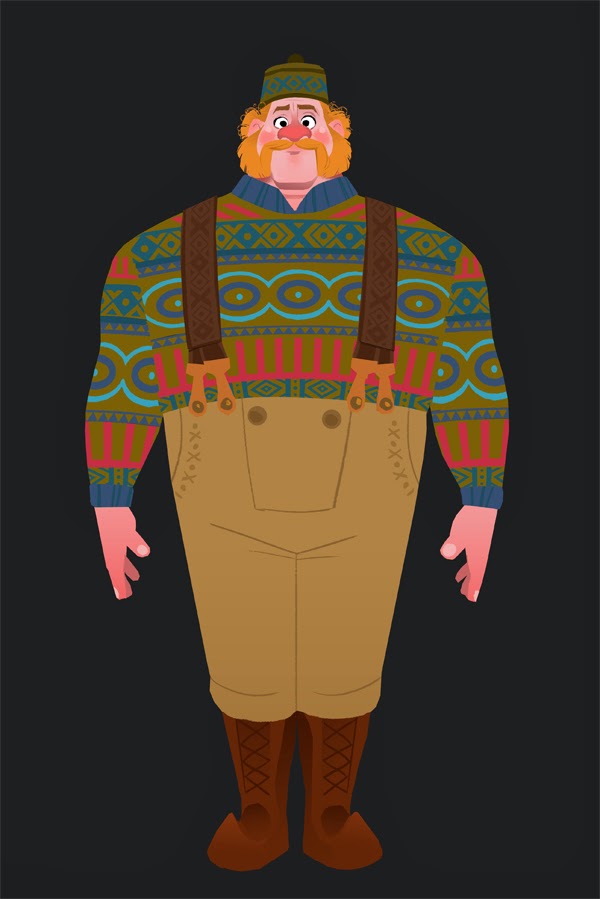 I really hope that somebody manufactures that sweater for adults - I can see a use for it at many an ugly-but-fabulous-sweater Christmas party in the future.

All images are property of Walt Disney Animation Studios

It was actually a little bittersweet to work on the costuming for this film because I frequently realized that while a lot of these clothes would be made into real-life costumes for children, there was slim to no chance that they would ever be manufactured for adults. Like myself. Anna's boots?! Come on.

One more Frozen post coming up, and many more updates on the horizon. Thank you again to all who continue to take interest in this little website. Have a wonderful week!
Posted by Brittney Lee at 12:41 PM 1,313 comments: 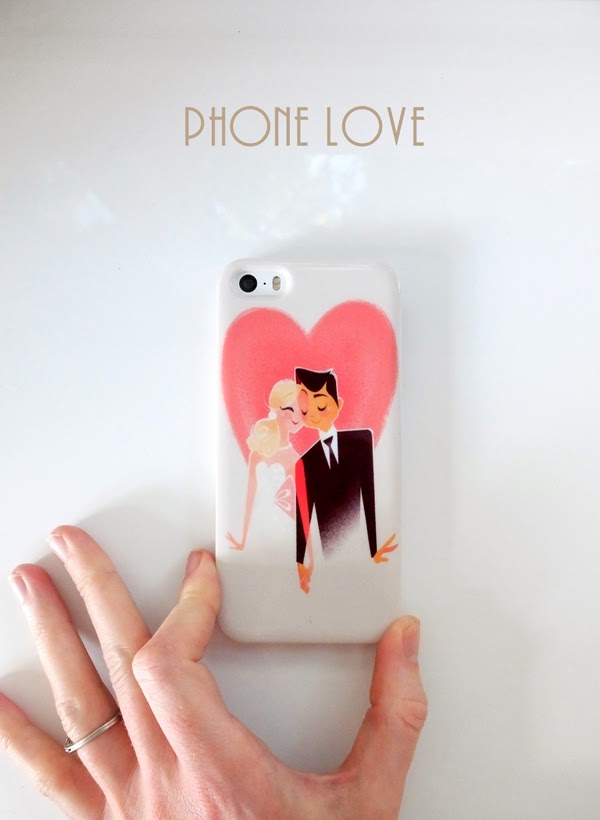 When it comes to technology,  I am the Queen Bee of procrastination. I'm running on operating systems that were released before the dawn of time because I don't want to go through the "hassle" of updating. When did instagram add videos to their platform? A year ago? Well, I wouldn't know because my phone operating system was so out of date that EVEN THEN I couldn't use the new features on the app. And I don't even remember the last time I could use twitter from my phone. Sheeesh. 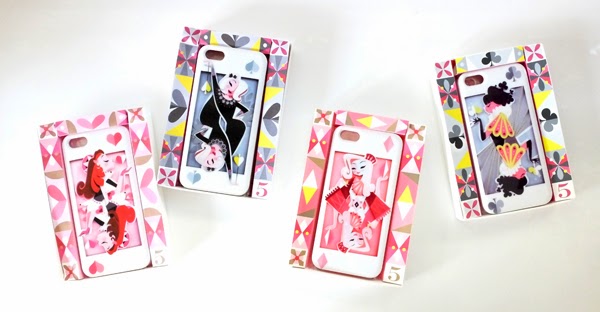 So when I got the new Iphone 5s in December, I thought "This is perfect. I will get my technology organized and up to date for the New Year! Resolution #1 is in the bag!" I plugged my new phone in and started to restore all of the apps I already own... and received an error message telling me that my version of Itunes was out of date and that I needed to update it before I could restore my phone further. Oh...okay. Well, I guess I will just do this later then.

That was over two months ago. I have had a brand new phone in my possession for over two months and have stubbornly refused to set it up because I didn't want to update Itunes. I am happy to report, however, that I was able to get my act together this weekend and get my brand-spanking (2 month-old) new phone up and running. And yes, by order of my husband, automatic updates are turned on. Permanently.

In similar Brittney procrastinating fashion, I have had oodles of shiny new Iphone cases sitting boxes in my office for months now. I had originally planned on releasing them on Etsy before the new year, but then other projects got the better of me, and the poor little phone cases fell by the wayside. In honor of my current wave of technology inspiration, though, I'm releasing eleven new iphone cases to my etsy shop today! Most of the new designs are for the Iphone 5s (not 5c, sorry!), but there are a few still available for the 4/4s.
They feature various old and new designs, and come in a pretty packaging for gift-giving. You can have a peak at them all right here. 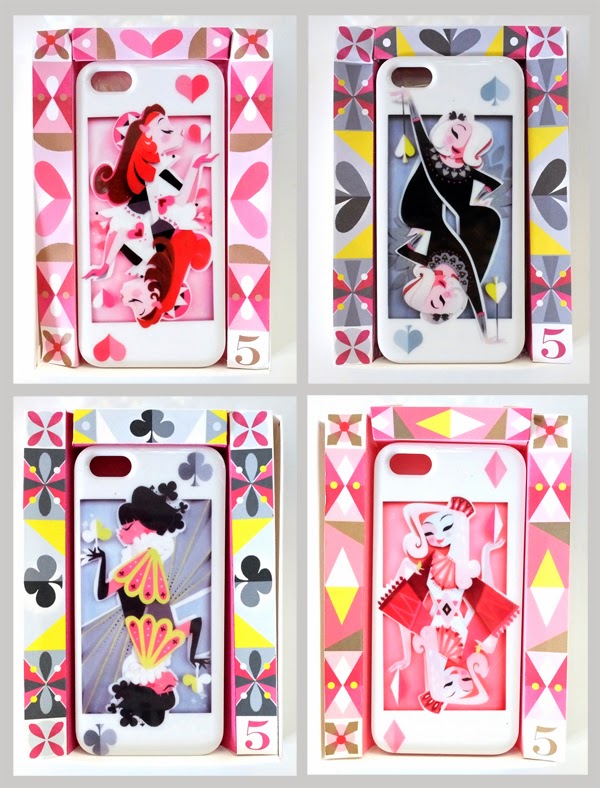 Whew - I don't know about you, but I love accomplishing things on a Monday. It sort of sets the tone for the week, don't you think? Thank you all for stopping by, and have a wonderfully productive week! I will have more posts (including a few more on Frozen) up soon, so stay tuned!

I'm an Ariel girl. That really isn't news to anyone who has frequented this blog, but if you are a new visitor - there you go! The Little Mermaid landed on my lap when I was very small and deeply and profoundly changed me. Everything about her was everything that I wanted to grow up to be, and it thoroughly annoyed me for most of my life that I did not have luscious red locks with anti-gravity bangs. Or fins. 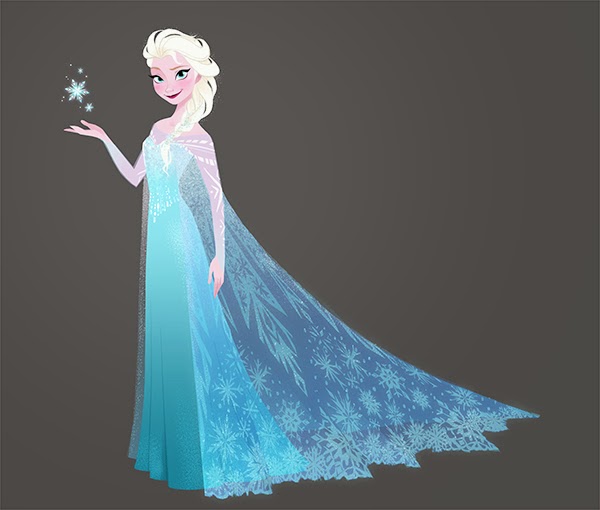 And then Elsa. When I initially started working on Frozen, Elsa was a very different character. She was moody, more jealous, and the only part of her that I could really relate to was the fact that she was an older sister. The more the story team finessed her and her motivations, though, the more I realized that I am more like Elsa than I ever was like Ariel. When you have fancied yourself as a bubbly mermaid for most of your life, the realization that you are actually more of a snow queen kind of hits you like a ton of ice-bricks. 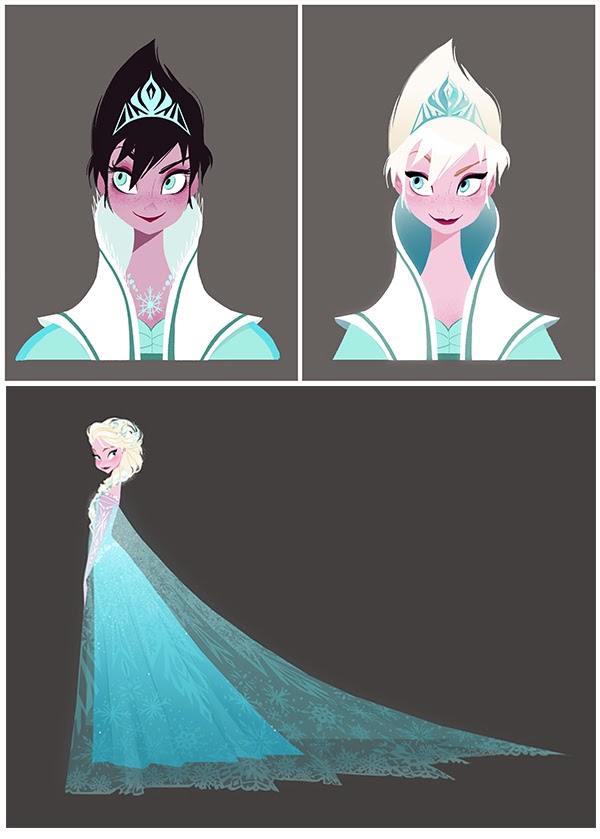 The images  above illustrate the transformation in Elsa's silhouette and palette.

Thus the experience of working with her throughout the making of this film was an extremely personal one. Elsa walks a fine line between being a distant and a sympathetic character, and I wanted to contribute in any way that I possibly could to make sure that audiences would love her and understand her the way that I already did. In a weird way working with her was an exercise in self-preservation. 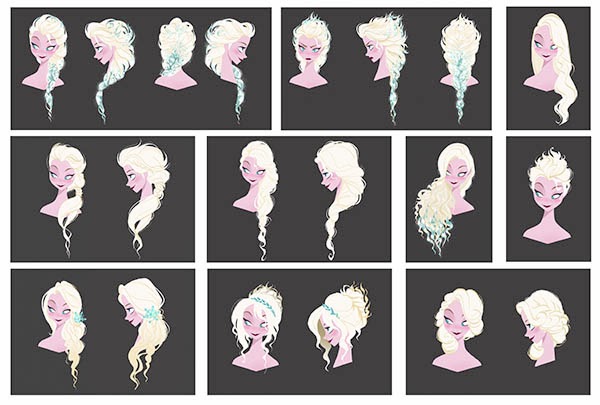 One of the first assignments I received on Elsa was a redesign of her hair. She had initially been designed with a sharper silhouette, but as her character changed it became apparent that her style needed to be refreshed. We wanted something for her that was more approachable, more romantic, but that still retained some Norwegian ethnicity. Oh, and magical - it would be great if it was magical, too. 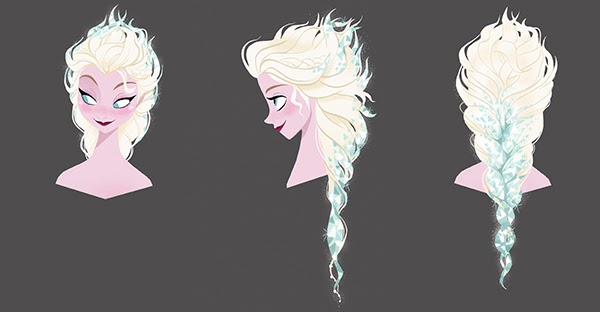 After many passes and many meetings spent discussing what hairstyles say about personalities, the above braid emerged as the winner. There is a flame-like quality to it that I loved when put into juxtaposition with her ice-powers. It is fragile but sharp (like she is), and also no-nonsense. Elsa doesn't have time to fuss with her hair - she just freezes it in place and gets on with the show. 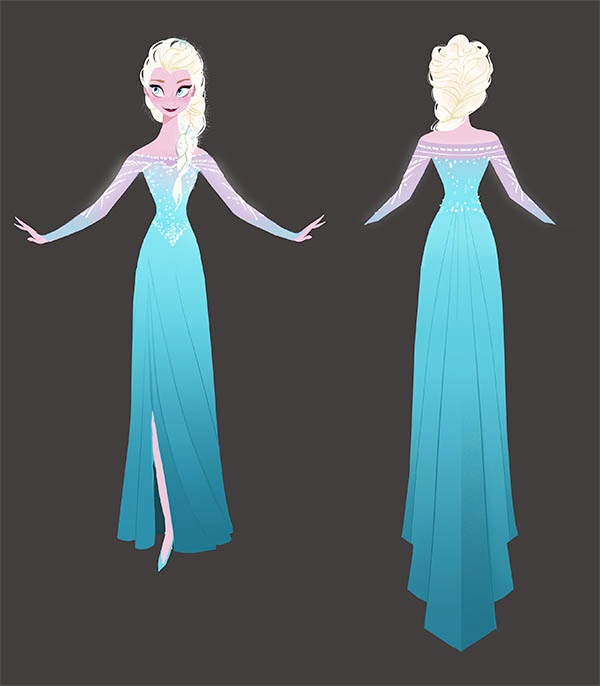 And then there is that dress. What I wouldn't give for someone to ice-magic me that dress. Just like Elsa herself, her dress went through many, many iterations until it finally felt right for our girl. When this dress materializes, Elsa is at her most confident. She is open and free after years of controlling and containing all of her emotions. Since costumes should be designed to support the character, this dress needed to be a glorious breathe of relief. 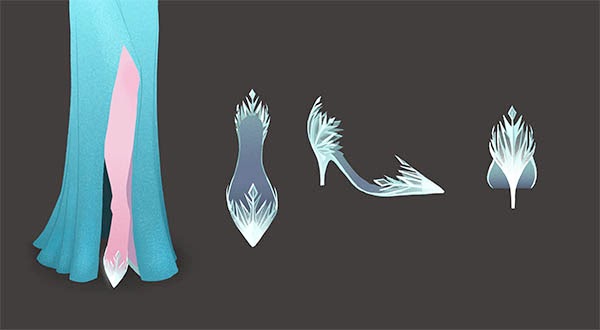 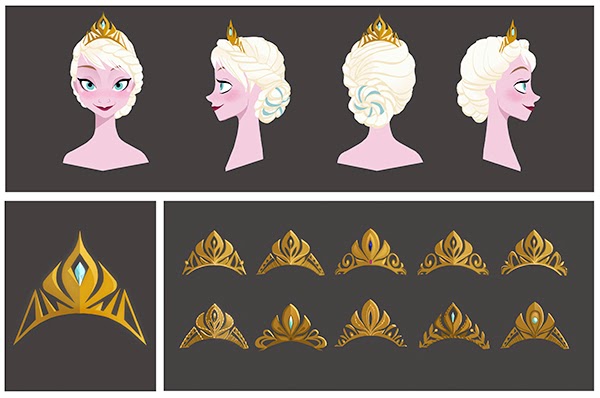 Once we had snow queen Elsa figured out, we had to work backwards to establish who she is when we first meet her. Before her coronation, Elsa holds everything in. She is controlled and contained. Her initial braided bun reflects that, as well as her coronation dress and cape. She is quite literally the pillar of strength that the people of her kingdom need her to be, and yet she is completely closed off from them. 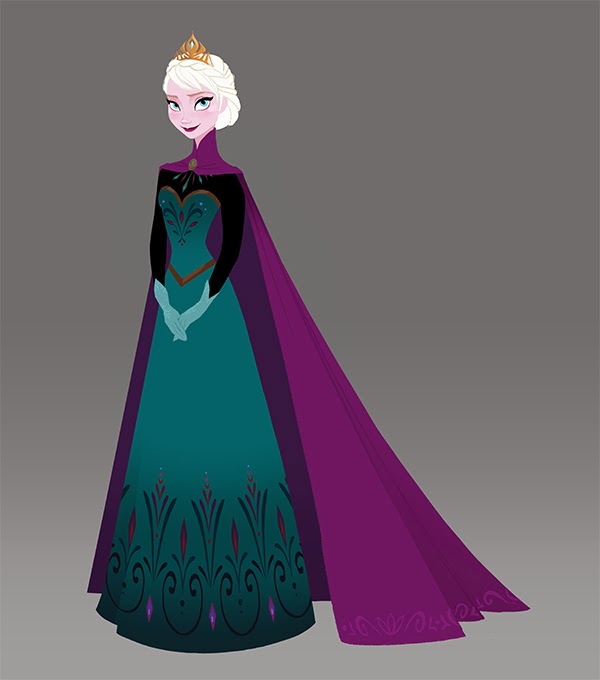 Two years passed from the first time I worked on Elsa until the actual release of the film,  and she went through a tremendous amount of changes during that time. I am so happy about where she landed and so honored to have been given the chance to work with her.  Ariel still holds a special place in my heart, but if I am honest with myself... I am an Elsa girl.

More Frozen and other posts to come. Have a wonderful week!
Posted by Brittney Lee at 12:40 PM 490 comments: